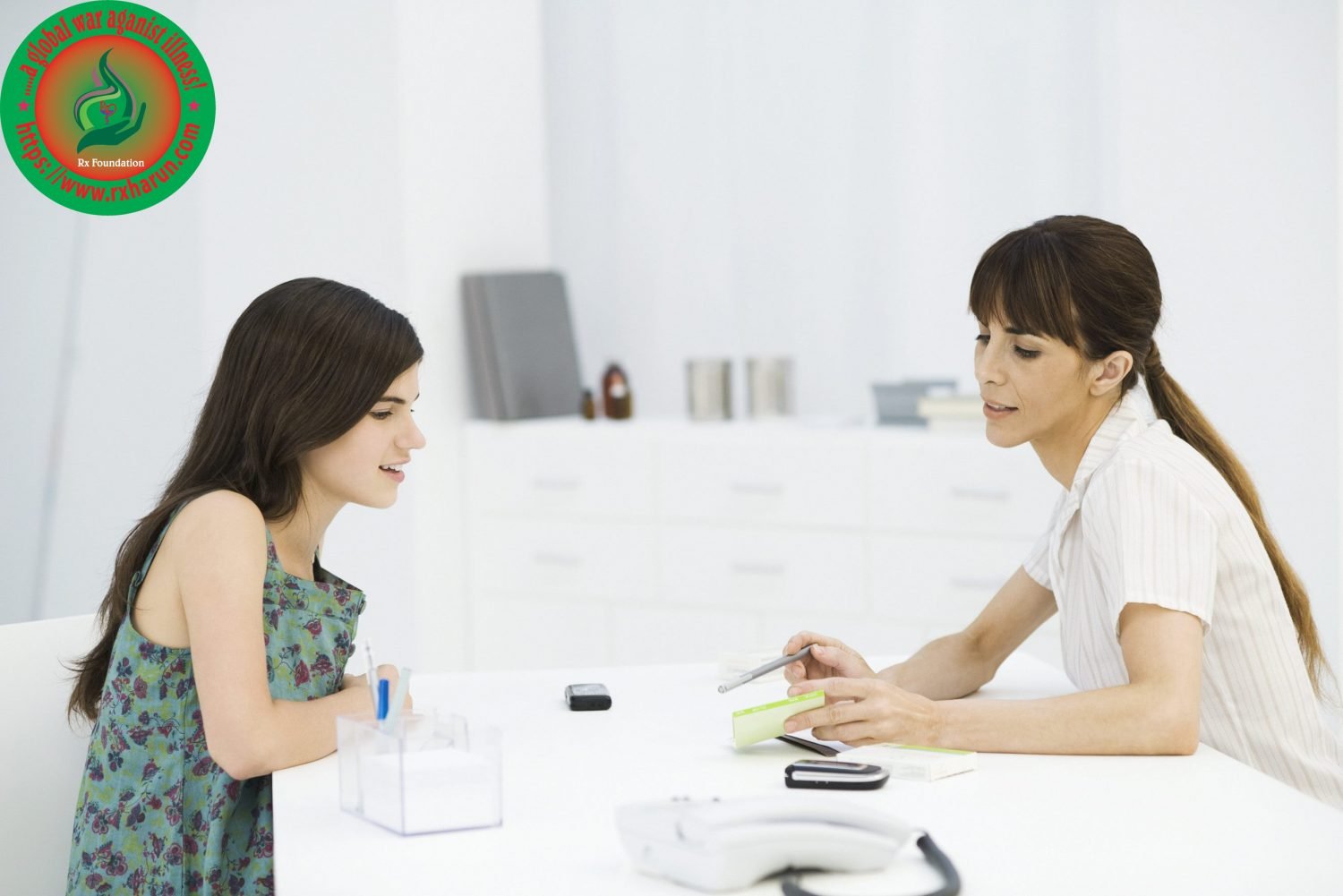 Anesthesia is the temporary loss of sensation or pain in one part of the body produced by a topically applied or injected agent without depressing the level of consciousness.

A local anesthetic (LA) is a medication that causes reversible absence of pain sensation, although other senses are often affected, as well. Also, when it is used on specific nerve pathways (local anesthetic nerve block), paralysis (loss of muscle power) also can be achieved. Clinical LAs belong to one of two classes: aminoamide and aminoester local anesthetics. Synthetic LAs are structurally related to cocaine. They differ from cocaine mainly in that they have a very low abuse potential and do not produce hypertension or (with few exceptions) vasoconstrictions.

There are three main categories of anesthesia, each having many forms and uses. They are

Regional anesthesia is used to numb only the portion of the body that will undergo the surgery. Usually, an injection of local anesthetic is given in the area of nerves that provide feeling to that part of the body. There are several forms of regional anesthetics:

According to Procedure or function

Topical – Applied to the mucous membrane.

Spinal – Injected into CSF of the lumbar region.

According to the Source

This LA system is designed to prevent needlestick injury. A cartridge of LA fits into the disposable needle, which can be locked when not in use and can be separated from the handle.

Sometimes, local anesthesia  are combined, with

Naturally occurring local anesthetics not derived from cocaine are usually neurotoxins, and have the suffix -toxin in their names. Unlike cocaine produced local anesthetics which are intracellular in effect, saxitoxin, neosaxitoxin & tetrodotoxin bind to the extracellular side of sodium channels.

Mechanism of action of Anesthesia

All LAs are membrane-stabilizing drugs; they reversibly decrease the rate of depolarization and repolarization of excitable membranes (like nociceptors). Though many other drugs also have membrane-stabilizing properties, not all are used as LAs (propranolol, for example). LA drugs act mainly by inhibiting sodium influx through sodium-specific ion channels in the neuronal cell membrane, in particular the so-called voltage-gated sodium channels. When the influx of sodium is interrupted, an action potential cannot arise and signal conduction is inhibited. The receptor site is thought to be located at the cytoplasmic (inner) portion of the sodium channel. Local anesthetic drugs bind more readily to sodium channels in an activated state, thus onset of neuronal blockade is faster in rapidly firing neurons. This is referred to as state-dependent blockade.

LAs are weak bases and are usually formulated as the hydrochloride salt to render them water-soluble. At a pH equal to the protonated base’s pKa, the protonated (ionized) and unprotonated (unionized) forms of the molecule exist in equimolar amounts, but only the unprotonated base diffuses readily across cell membranes. Once inside the cell, the local anesthetic will be in equilibrium, with the formation of the protonated (ionized) form, which does not readily pass back out of the cell. This is referred to as “ion-trapping”. In the protonated form, the molecule binds to the LA binding site on the inside of the ion channel near the cytoplasmic end. Most LAs work on the internal surface of the membrane – the drug has to penetrate the cell membrane, which is achieved best in the nonionised form.

Acidosis such as caused by inflammation at a wound partly reduces the action of LAs. This is partly because most of the anesthetic is ionized and therefore unable to cross the cell membrane to reach its cytoplasmic-facing site of action on the sodium channel.

All nerve fibers are sensitive to LAs, but due to a combination of diameter and myelination, fibers have different sensitivities to LA blockade, termed differential blockade. Type B fibers (sympathetic tone) are the most sensitive followed by type C (pain), type A delta (temperature), type A gamma (proprioception), type A beta (sensory touch and pressure), and type A alpha (motor). Although type B fibers are thicker than type C fibers, they are myelinated, thus are blocked before the unmyelinated, thin C fiber.

Different types of anesthesia (which are discussed in the following sections) affect the endpoints differently. Regional anesthesia, for instance, affects analgesia; benzodiazepine-type sedatives (used in twilight sleep) favor amnesia; and general anesthetics can affect all of the endpoints. The goal of anesthesia is to achieve the endpoints required for the given surgical procedure with the least risk to the patient.

The anesthetic area of an operating room

To achieve the goals of anesthesia, drugs act on different but interconnected parts of the nervous system. Hypnosis, for instance, is generated through actions on the nuclei in the brain and is similar to the activation of sleep. The effect is to make people less aware and less reactive to noxious stimuli.

Loss of memory (amnesia) is created by action of drugs on multiple (but specific) regions of the brain. Memories are created as either declarative or non-declarative memories in several stages (short-term, long-term, long-lasting) the strength of which is determined by the strength of connections between neurons termed synaptic plasticity. Each anesthetic produces amnesia through unique effects on memory formation at variable doses. Inhalational anesthetics will reliably produce amnesia through general suppression of the nuclei at doses below those required for loss of consciousness. Drugs like midazolam produce amnesia through different pathways by blocking the formation of long-term memories.

When pain is blocked from a part of the body using local anesthetics, it is generally referred to as regional anesthesia. There are many types of regional anesthesia either by injecting into the tissue itself, a vein that feeds the area or around a nerve trunk that supplies sensation to the area. The latter are called nerve blocks and are divided into peripheral or central nerve blocks.

The following are the types of regional anesthesia

When local anesthetic is injected around a larger diameter nerve that transmits sensation from an entire region it is referred to as a nerve block or regional nerve blockade. Nerve blocks are commonly used in dentistry, when the mandibular nerve is blocked for procedures on the lower teeth. With larger diameter nerves (such as the interscalene block for upper limbs or psoas compartment block for lower limbs) the nerve and position of the needle is localized with ultrasound or electrical stimulation. The use of ultrasound may reduce complication rates and improve quality, performance time, and time to onset of blocks. Because of the large amount of local anesthetic required to affect the nerve, the maximum dose of local anesethetic has to be considered. Nerve blocks are also used as a continuous infusion, following major surgery such as knee, hip and shoulder replacement surgery, and may be associated with lower complications.Nerve blocks are also associated with a lower risk of neurologic complications compared to the more central epidural or spinal neuraxial blocks.

Because central neuraxial blockade causes arterial and vasodilation, a drop in blood pressure is common. This drop is largely dictated by the venous side of the circulatory system which holds 75% of the circulating blood volume. The physiologic effects are much greater when the block is placed above the 5th thoracic vertebra. An ineffective block is most often due to inadequate anxiolysis or sedation rather than a failure of the block itself

Pain that is well managed during and immediately after surgery improves the health of patients (by decreasing physiologic stress) and the potential for chronic pain. Nociception (pain sensation) is not hard-wired into the body. Instead, it is a dynamic process wherein persistent painful stimuli can sensitize the system and either make pain management difficult or promote the development of chronic pain. For this reason, preemptive acute pain management may reduce both acute and chronic pain and is tailored to the surgery, the environment in which it is given (in-patient/out-patient) and the individual patient.