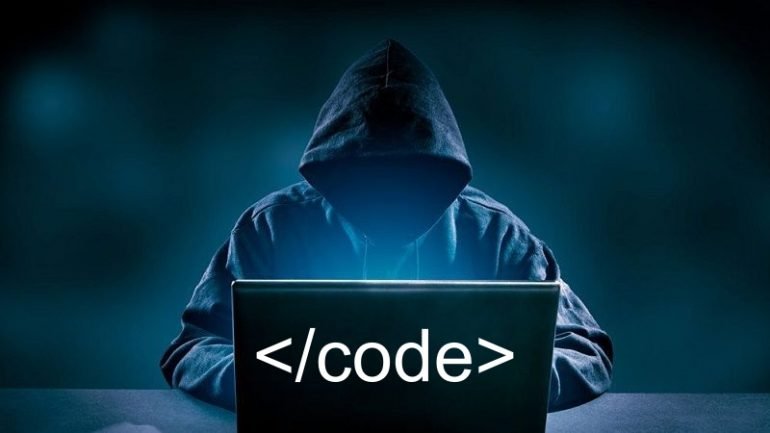 
Programming Language for Hacking, Programming knowledge is necessary, although not mandatory to become a hacker. Some of the world’s best hackers started out as programmers. If you know to the program, you will be able to dissect code analyze it. You will be able to write your own scripts or your own hacking tools. So, which programming language should you learn then? HTML and JavaScript are languages of the internet. So make sure you learn them first. they are also incredibly easy to grasp and learn. If you are enrolled in an undergraduate computer science degree, you will most probably be learning C, C++, and Java. These three major languages are good and you should keep learning them, but for a hacker, Python is the best language. “Why?” You ask. Because Python is an extremely powerful language and it easy to learn at the same time. With Python, you can achieve your results with minimal coding, and it does not need to be compiled. That means, just as you finish writing a script, you can immediately run it without having to compile it. And later on in life, if you decide to become a programmer instead of a hacker, Python can develop GUI applications also. In fact, a large part of YouTube is written in Python.

The Windows operating system may be easy and convenient for most users, but it is certainly not suited for hackers. With the exception of a few windows only tools, most hacking tools run best under Linux environment. I have given a list of 10 best hacking tools here. 9 out of those 10 tools run best under Linux. You can use any Linux distribution like Ubuntu or Fedora, but BackTrack and Kali are two major Linux distros specifically designed for hackers. They come loaded with all the popular hacking tools, saving you from the trouble of downloading them yourself. If you are not comfortable with leaving windows as yet, you can use VirtualBox to install BackTrack in your system, or you can dual boot your operating systems.
Information Technology is a huge field. If you look at your college or university, your professors know about programming concepts and theory, the System Administrator knows about networks and systems, the website developers know web programming and designing. You, as a hacker, must know all these things and more.

In the web hacking world, we can’t talk about JavaScript without mentioning HTML. These are the core languages of the web. HTML is a static markup language which any aspiring web hacker should know in order to comprehend web responses, logic, structure and action. With knowledge of HTML, JavaScript comes next. JavaScript is a client-side scripting language. Hate it or love it, as a web hacker, you will have to someday face it. With JS, it gets easier to identify web application vulnerabilities, as well as perform attacks such as cross-site scripting.

C and C++ are critical low-level programming languages that you need to know as a cybersecurity professional.

These languages provide access to low-level IT infrastructure such as RAM and system processes, which if not well protected, hackers can easily exploit.

The C programming language is the backbone of most operating systems. It is a lean, flexible, and efficient language that can be used to complete a wide range of tasks such as cryptography, image processing, and socket networking. Essentially, C++ is usually regarded as C’s big brother — which has been concocted with crack, meth, and steroids and mixed without any favors. C++ is a fantastic language that is largely based on C’s source code. There are several cybersecurity programs created using C++. For example, Nmap, the network mapper tool, is created using C++.

PHP is a server-side programming language for developing websites. Because most websites are created using PHP, learning the language will enable you to know how to fend off intruders. For example, DDoS (Denial-of-service) attacks usually attempt to make web applications unavailable to intended users. With PHP programming knowledge, coupled with skills in other technologies like JavaScript, you can implement robust solutions to secure web applications.

Because of the current explosion of data storage systems, SQL is widely used for maintaining and retrieving data. Similarly, hackers are increasingly orchestrating the language for damaging or exfiltrating the stored data. For example, SQL injection attacks involve exploiting SQL vulnerabilities to steal or modify data kept in databases.

Therefore, having a good understanding of the SQL language is critical in your cybersecurity career.

This programming language is well known for its simplicity and also it is one of the most popular introductory languages in best U.S. universities.

Python provides an excellent development platform to build our own tools, or, in ethical hackers terms, it’s called offensive tools. It allows you for rapid development and testing – which are essential for ethical hackers, pen-testers, and security professionals. Pentesters (aka. Ethical Hackers) are those people who exploit security vulnerabilities in web-based applications, networks, and systems. In other words, they get paid to legally hack. Now Similar to JavaScript, Python is also very flexible and it’s being widely used from building web applications to bioinformatics. Python is a Hackers’ Language (I read it in TJ O’ Connor’s book) and I believe that. Definitely, Python is a Hackers’ Language. Many hackers prefer this as their first language as it is so easy to start with.

Python is a high-level programming language that is increasingly becoming popular among cyber experts. It’s gaining traction mainly because of its adherence to code readability, clear and simple syntax, and availability of an extensive number of libraries. So, whatever task you want to do, you can always complete it easily with Python. For example, you can use the language to send TCP-packets to machines, perform malware analysis, and create intrusion detection systems with minimal reliance on third-party tools.

In the field of security researchers (aka. Ethical Hackers) Ruby got popular in no time. This particular programming language was influenced by Perl, Smalltalk, Eiffel, Ada, and Lisp. Similar to python. It’s easy to write, easy to read and pleasant to work with. Lot’s of companies like Shopify, Twitter, GitHub etc are looking for people who know Ruby. So you must have a belt of Ruby with you. Of course, you’ll need to know PHP, C++, HTML, etc, but Ruby is a good step to learn. It is also one of my favorite programming languages. Just like JavaScript, it’s easy to learn but difficult to master.

Javascript is widely used for web development purpose. It is one of the most flexible programming languages I’ve ever used. Apple has made JavaScript a first-class citizen as of Yosemite, allowing JavaScript to be used in place of AppleScript for various system-level customizations and scripting. With that in mind, there are a ton of ways you can use JavaScript to accomplish many different things, including hacking. It can be used for both Front-end and Back-end development purposes as well. For Beginners, JavaScript can be hard to debug and it’s difficult to learn some concepts such as asynchronism, prototype, objects and more. But over time anyone can master it.

You Can Also Like   phpMyAdmin; Features, Doccument, Funtions
Powered by Inline Related Posts

JavaScript is a core technology that powers the Internet. Primarily, it’s the language that adds interactivity to web pages. Although JavaScript was initially implemented only on the client-side in web browsers, it’s now possible to use the language in other types of host infrastructure, such as server-side in databases and offline applications like PDF programs. Therefore, because of its extensive usage, learning JavaScript can make you go one step ahead of the hackers. You’ll understand the concepts of how websites and other applications work and the best designs to employ to ward off malicious users. For example, cross-site scripting is a JavaScript-based attack that involves an attacker implanting malicious code in a web application.

Perl is worth learning for practical reasons; it’s very widely used for active web pages and system administration so that even if you never write Perl you should learn to read it. Perl is a very useful programming language used in These days it is used for Ethical Hacking, Penetration Testing and many more.

The mother of all programming language, C is most used in software creation for Linux, Windows etc. However, it is also used for Exploit writing and development. Although  C++ is a more powerful language than C and is used in a lot of programs, like games. Here are some basic examples of C programming.

Java was originally released with the slogan “write once, run anywhere,” which was intended to underscore its cross-platform capabilities. You can make tools using Java and it can also be used to create backdoor exploits as well as exploits that can kill a computer.

Lisp is the second-oldest high-level programming language in widespread use today. LISP is absolutely wide open and flexible, makes it hacker’s favorite. You can define your own syntax, and often do. You can create any sort of programming paradigm you like and include it in your programs.

41 thoughts on “Programming Language; Should I Learn if I Want to be hacker”